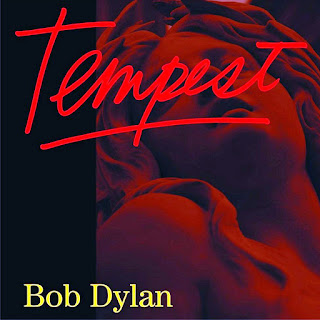 Last summer, my family and I drove down to for a bit of summer vacation. One of the reasons we decided on K.C. is because they were having the Titanic exhibit at Union Station. My son had studied about the Titanic in school that year and had done some research on the topic. We thought that the exhibit, which featured tons of cool artifacts, would be a special thing for him.

What we didn’t expect was for our eight-year old to suddenly become the annoying expert on everything concerning the wreck, opening disputing the facts posted on informational points and just being kind of a swarmy asshole throughout the exhibit.

Now, I love my son very much, and ironically enough, one of the things that I love about him is that he can be a swarmy asshole. It’s just at that moment, I didn’t like it because the very reason why we decided to spend close to a hundie for tickets to this thing was we were trying to do something nice for him.

When we brought these very expensive tickets to the lady that lets you into the exhibit hands you a “boarding pass.” On it is the name of a real passenger of the Titanic, and at the end of the exhibit is a wall listing all of the riders of the ship on that fateful night.

The names were categorized into two groups: dead and survived.

The lady explained that we could match our names up with the ones on the wall to find out if we survived or not. Spoiler alert: everyone in our family died except our five-year old daughter. Personally, I think that shit was rigged.

Anyway, I joke to everyone that the name on my ticket said “Leonardo DiCaprio” and the lady said that she has people every day asking her to give them Leo’s ticket for a souvenir. They actually get a little pissy with her when she explains that the movie contained fictional characters. Never mind the fact that these confused ticket holders don’t get the concept that Leonardo DiCaprio plays a character named Jack Dawson, so technically, asking for DiCaprio’s ticket is an act worthy of ridicule.

The same shit happens on “Tempest,” the title track of Bob Dylan’s thousandth record, and the record’s obvious centerpiece. And if you mean by “centerpiece” that it simply goes on and on and on and on, then you get an idea of how the verses all begin to run together after a while.

Until the moment when Dylan goes “Leo grabbed his sketchbook/He was often so inclined” and you’re stunned.

“Did Bobby just quote something from a James Cameron movie?”

He does indeed. And it bugged the shit out of me so much that I obsessed on it for days. Then I read something where Dylan explains DiCaprio’s entrance into “Tempest” as a necessity. He says he can’t think of the real Titanic any more without thinking about the film.

And if you’ll recall, I couldn’t either.

Then you discover that the entire thing is nothing more than a lift from an old Carter Family song, where extended re-tellings of the Titanic disaster were often filled with half-truths and exaggerations to make the song even more riveting.

I’ve probably spent too much time on one track and haven’t adequately acknowledged the themes of mortality and human nature that run throughout the rest of the disc. I also should probably mention that, musically, the band continues to find hues in early 20th Century American music as Dylan seems to find comfort in the music that first grabbed his attention some six decades ago, an act of full-circle implications, and clues to the artist’s exit.

I wouldn’t blame him. The voice continues to be an issue, but less so than on the abysmal Christmas In The Heart. It’s because the stories on Tempest are so rugged and reek of the end that every song can handle the way Dylan just chews up a song and spits them out in such compelling fashion.

You can even understand the opening line in “Pay In Blood,” and by the time you begin to decipher his gravel, it’s on a line like “Another politician pumpin’ out the piss.” From that perspective, you begin to appreciate how Bob is tucked way up high in the mix, like a seething old man.

Tempest is a continuation of Dylan’s late career direction, but it’s a surprising one. For all of its dustbowl tones and nautical tragedies, it’s thematically modern effort. You get the sense that the populist theme is intentional, serving less to satisfy Dylan’s own late-career comforts than to release a collection that represents the most appropriate songs for the time it was intended. Figuring out how they relate to our moment is part of the fun, but one line in Tempest rings louder than any other: “I ain’t dead yet/My bell still rings.”

It’s true, and Tempest is a real clapper.
Written by Todd Totale