On maybe a handful of occasions growing up, I stayed up late enough to watch Tom Snyder’s “Tomorrow” show on NBC. I knew that the guy smoked like a chimney. That Dan Ackroyd did impersonations of him on “Saturday Night Live.” I also knew that the show was fairly boring. But what did I know? I was young, for Christsakes. I didn’t know that Snyder had a few rock acts/musicians on his show every once in a while. And admittedly, I probably wouldn’t have known or appreciated many of the artists he interviewed at the time.
But years have passed and new music heroes emerged in my life. And wouldn’t you know it: a few of them actually passed through Rockefeller Center and entered into Tom Snyder’s domain.
What his domain actually was a fairly quirky and somewhat unprofessional interview show that broadcast when most people were fast asleep. By “unprofessional,” I’m referring to Tom’s incessant smoking, his continual joking around with the crew, and general lackadaisical attitude towards building ratings.
NBC tried several things to change this: various opening sequences, including an audience (stupid idea) in the studio during later broadcasts, and introducing (then) divisive topics for discussion.
It’s easy to forget that “punk” music (also known as “new wave”) was pretty divisive back in the day. It’s not easy to forget that Tom Snyder was helplessly out of touch with music in general back in the day; I’m sure he could wax poetic about The Beatles or any other socially relevant band from the 60’s, but punk rock? Please.
Nevertheless, you gotta give Snyder credit for inviting some of rock music’s most influential artists on his show, thereby, introducing a country to exciting new music that typical mainstream outlets avoided like the plague. 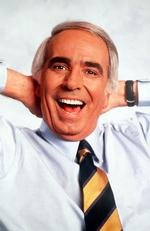 A new dvd set, “The Tomorrow Show with Tom Snyder: Punk & New Wave,” collects material from the show during its late 70’s/early 80’s run on NBC. Paul Weller and The Jam make a visit, as does a shy Patti Smith, The Ramones, Iggy Pop, Elvis Costello, The Plasmatics, and others, including non-music footage that, in the whole scheme of things, really have no place on this collection.
Patti Smith probably has the most coherent and telling interview in the entire set. She appears very shy yet still very eloquent while she marvels with the rest of us that she’s actually on national television.
Joan Jett makes and appearance with her manager Kim Fowley as they discuss the state of music with a very narrow-minded Bill Graham and an even more narrow-minded L.A. Times music critic Robert Hilburn who sounds like he has a few Eagles’ albums in his own music collection. The panel discussion makes Kim Fowley look like a complete idiot, but this is his own doing; he appears in heavy make-up and tries to get as much screen time as he possibly can with retarded quips about nothing and how he’s working with Helen Reddy on (then) new projects that, if you haven’t figured out, got her absolutely nowhere. Even a young Joan Jett looks embarrassed that he actually represents her, and who wouldn’t?
Iggy Pop is positively on something and he looks worse than I have ever seen. With rotted teeth, he can barely sit still and throughout the interview segment, he gnashes his teeth while trying to explain his past bad behavior of cutting himself was probably nothing compared to the bad behavior that was running through his veins during the time of taping. The footage is positively frightening.
There are two interviews and performances that most people will remember from the broadcasts. The first is Wendy O’ Williams and The Plasmatics, a band that appeared on the “Tomorrow” show twice with the second one being the performance that people remember the most.
In it, Tom seems a little smitten with the flirtatious W.O.W., and she reciprocates this by really divulging nothing about the genre and her place in it. Wendy, of course, was never really an artist with much substance to begin with and her band never really moved beyond shocking an audience rather than becoming musically groundbreaking. They were proficient to a point, but they never managed to forge ahead of lifting musical ideas from others and mixing it with Hollywood-esque stunts.
Case in point: the second appearance shows a performance of “Masterplan” from their release “Beyond The Valley of 1984.” The song itself is nothing special, in fact, it borders more towards metal than punk. To sell it, Wendy brought a car into the “Tomorrow” studio and blew it up. It’s probably the most violent close of a song since The Who blew up Keith Moon’s bass drum on the Smothers Brothers show. But while that seemed like a legitimate prank filled with spontaneity, the Plasmatics stunt seems choreographed to a point where it isn’t shocking at all. Add to this, you can see Richie Stotts, complete with a blue Mohawk, run into the crowd during the first song and land on the lap of a unsuspecting middle aged white guy. Apparently, that footage was so good that they used the exact same thing during the “Masterplan” performance.
The second interview is the one that people remember the most: John Lydon & Keith Levene vs. Tom Snyder. Lydon, in a particularly crabby mood, plays hard to get with Snyder by answering very few questions and coming across like a spoiled baby. He tries his best to show Snyder that he’s yet another representative of the establishment that he has to topple, but what Lydon fails to understand is that Snyder isn’t part of the establishment, that he doesn’t pretend to understand punk at all, and that this isn’t the BBC where he’s impressing a huge audience anyway. This would have been a perfect opportunity to promote the P.I.L. “corporation” that he keeps referring to, but instead, he chooses to promote an on-air feud against someone who doesn’t give at rat’s ass about anything that Lydon has ever done. Throughout it all, Snyder doesn’t get flustered and eventually wins the match by smacking Lydon with the sarcastic line “It’s unfortunate that we’re all out of step except for you.” Lydon’s too stupid to realize he’s been beaten and Levene’s too much of a junkie to speak coherently about anything during the interview.
“The Tomorrow Show with Tom Snyder” is a fascinating document of a different era of television from one of the media’s most unusual interviewers. It’s a very slow paced show to begin with, so the fact that Snyder provided these artists with a venue is pretty surreal in itself. You don’t actually learn anything knew about the artists and the performances aren’t very noteworthy. What you get is a deep voiced guy from Milwaukee interviewing some challenging artists and an opportunity to witness the curious trainwreck in all its digital glory.
Written by Todd Totale 1 comment: 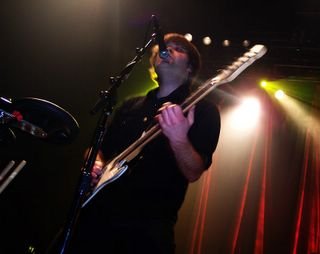