How Soon Is Now: The 20th Class Reunion 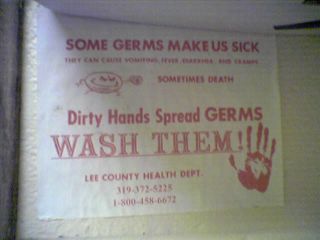 Working Title: Slut Gets Back Together With The Asshole

Without getting into another “shit, I’m really old” self-deprecation, let me honestly tell you that my 20th year class reunion is this weekend. What was high school like for me? Was it tortuous? Did I contemplate suicide? Was I picked on incessantly? Not so much. In fact, it was pretty cool. It was exactly like the movie “The Last American Virgin” and all of the hot chicks eventually dropped the nice guy and returned to the same dude that originally knocked her up. 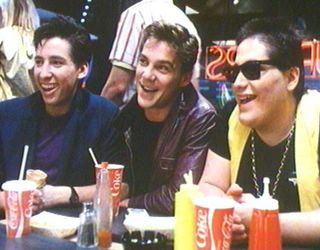 For better or worse, you’re reading the exploits of a fairly popular former Senior class president who seemingly adapted well in all social cliques and cultures. That’s not to suggest that there was a helluva lot of diversity within my small town high school. There wasn’t, but we had the obligatory amount of minority of ‘em to make us “worldly.” We also had an above average ratio of mouthbreathers, which makes me very empathetic to minorities and all the bad experiences they may have had with rednecks. In the whole scheme of things, what keeps me down to earth is the understanding that, even though a place like New York City may be infinitely cooler than anywhere in the state of Iowa, I’m sure there are more rednecks there than anywhere in the Hawkeye state. This was proven in the 2000 census. Look it up.
So I’m feeling somewhat nostalgic as of late and a little concerned because I have a sneaking suspicion that the people who’d I’d really enjoy seeing this weekend probably won’t be there. There is the knowledge that my best friend in high school is flying in tonight and that in itself makes everything pretty bitchin.
Then there’s the knowledge that, as amiable as I am, there were a lot of times in which I wasn’t very nice to people. Some people probably received the wrath of my teasing more than others, but I don’t think it ever got to a Columbine level. In fact, there was a lot more vicious teasing happening during my first year of college than what took place in high school. I could be wrong. A lot of weed was smoked back in the day. If the Trenchcoat Mafia shows up at the reunion this weekend, you’ll know that I totally underestimated my recollection.
To tie this shit into something of a musical posting, I’ve decided to include five life changing albums for me during those salad days. The rules are simply this: the following albums made an enormous impact on me during the years I was in high school. Feel free to laugh all you want. Most fuckers that do typically have a “Please Hammer Don’t Hurt ‘Em” or something equally awful in their own collection.

5.) INXS-“The Swing”
I remember spinning this record incessantly. And even today, it holds up pretty damn good. This was pre-“Need You Tonight” Inxs, and better in my opinion. I really don’t have any revelations for you to go back and re-examine this release, and it certainly wasn’t a gateway album for me by any means. I just remember playing the fuck out of it at parties, makeout sessions, and cruising. There were times in which I thought the lyrics were deep, but time has made me smarter. There’s still better than most shit that kids listen to today, but that’s just middle age talking.’
4.) YAZ-“Upstairs At Eric's”
Yup, the guy that was in the original incarnation of Depeche Mode and who later fronted the even gayer Erasure, hooked up with his tubby girlfriend who had the voice of an awesome soul singer and made….soulfully cold dance music. You hear this shit on commercials nowadays, but back then, this stuff couldn’t get played on commercial radio. So how does British electropop make its way into the bedroom of a Midwestern hetro cracker like me. Two words: Hip Chick. A relative of a high school friend came to our Godforsaken town one summer from an uber-hip location. She brought a cassette of this album and we threw it in the boombox at some pool party. We all thought it was pretty awesome and we immediately welcomed her to our innocent small town by stealing the tape from her when she got too drunk to care. The tape made the rounds to at least six people and each one of us proceeded to make shitty dub copies of it. By the time Yaz’s second (and final) album “You & Me Both” was released, a nice contingency of hip music fans lined up to buy it at the local record store chain in the mall. I’m betting that, for one week, the band Yaz outsold Def Leppard.
3.) BLACK FLAG-“Damaged”
Holy shit, what a groundbreaker. The story goes like this. A friend of mine was shipped off to the Northeast to attend an upper class prep school. Getting kicked out of that prep school was one of the best things that happened to my musically. With his return, he brought crateloads of punk records and cassette tapes of a low wattage radio station in Boston that played punk rock during the evening. Soon after listening, I was suddenly versed in lingo like Flipper, The Avengers, Christian Death, Fear, and a rare Unicorn records copy of Black Flag’s “Damaged.” Sure, I had the Sex Pistols and Dead Kennedys beforehand, but this one was frighteningly agro. And when I followed up with reading of the Flag vs. L.A.P.D. fights that continually took place in L.A. (and supplemented it with the commercials included on their “Everything Went Black” album), I knew that this was probably as real, raw, and scary as it gets. Some quarter century later, it still is.
2.) THE SMITHS-“Meat Is Murder”
We were bummed out. We were in speech. We were trying to impress girls. Well, everyone that either wasn’t already a girl or a homosexual. They listened to the Smiths too. It started with examining a chick’s tape collection during speech contest. She had the obligatory new wave shit including New Order, Depeche Mode, and probably a fucking Bronski Beat album. Then she had a tape with the badassed cover art for “Meat Is Murder.” It was already on the b-side when I asked her to play it, which meant that the American album owners were in for a little bit of “How Soon Is Now?” to start off the second side. It technically wasn’t supposed to be on the album, but it turned out to be a hit over in the U.K. and Sire Records decided to capitalize on it here in the states. It worked. The sound of Johnny Marr’s hypnotic guitar and Moz’ lyrics ‘n phrasing had me convinced that this band was the only band that understood how miserable life can really get. And when you’re 17 years old, it’s cool to understand that.
1.) THE POLICE-“Synchronicity”
What the fuck did you expect? Everyone had an ear for what these guys were going to do next. I mean, they were followed like they were The Beatles, for Christsakes, at least by those who understood that rock and roll music could change your life. U2 was probably the other band like that, but when you’ve got retards clamoring how awesome “Under A Blood Red Sky” is, you get a little resentful. The Police were full fledged Gods by “Ghost In The Machine,” and secured their supergroup status with “Synchronicity.” Fuckers marked the date when the album was supposed to be released and I know of one guy that actually got an excuse to be late for school just so he could be the first one to buy the album when Disc Jockey opened that day. Then he brought the cassette to school so we could all try to figure out what the hell the song “Mother” was all about. The album marks the first time Sting fully addressed dinosaurs, and we knew something was up with him. 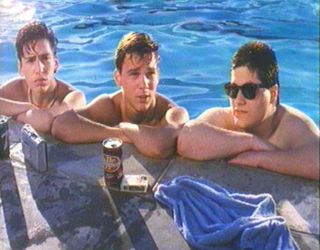 Honorable Mention has got to go to U2. Out of sheer spitefulness, I didn’t include them. The fact is, they probably rate higher than Inxs, Yaz, or even Black Flag and they definitely penetrated a lot more of the youth in my hometown than any of those bands. It started when “I Will Follow” was included in the movie “The Last American Virgin” and everybody got a pee boner trying to find the album it was off of. “War” was played incessantly when it was released and I remember my Mother walking into my room as I was singing like Bono during the song “New Year’s Day.” Totally embarrassing. “Under A Blood Red Sky” brought them to the mainstream, and a girl I used to date swore that she could be seen in the accompanying video. She’s the one in the read sweatshirt. “The Unforgettable Fire” became a favorite lovemaking soundtrack album to another girlfriend, so again, I’m forced to admit the importance of this pompous little rock outfit from Ireland.
I’ll follow up with a post on the 1985 class reunion soon.
Written by Todd Totale No comments: