The Oasis Is Dry

Don’t expect me to get all sentimental about the news that Gabe’s Oasis is closing. For those of you who aren’t familiar with this venue, let me describe it: It’s a little shithole in Iowa City that is divided into two sections. The first floor is primarily a bar that the hardcore drinkers fully utilize when the place opens its doors every afternoon. The second floor contains another bar and a little stage that your piece of shit band can play. Legally, I think that the place is supposed to only hold about 150-200 people. I swear I’ve seen more than that in there. There is no functioning air conditioning and the place can easily get up to over 100 degrees during ideal conditions. And the bathrooms? It’s probably a half notch better than CBGB’s, and the graffiti is marvelous.
At one point in time, it was a frequent stopping point for various bands looking for a little Iowa jack. Truth be told, I’ve seen some excellent shows there: Sonic Youth, The Flaming Lips, Soul Asylum, Superchunk, Junior Brown, Clarence ‘Gatemouth’ Brown, Mudhoney, Uncle Tupelo, Henry Rollins, Luna, The Jesus Lizard, and a host of others have had a chance to see the wonders of Gabe’s “green room” and how easy it is to load in/out of the upstairs venue. For some of these bands, one gig there was enough to never visit again. For others, the panache made it a repeat destination; rumor has it that some bands made a point to book a show there solely based on past experience and crowd enthusiasm.
For the past decade, something happened with the caliber of performances at the place. I’m not sure the reason behind it, but I do know that during Gabe’s heyday, there were at least a couple of shows each month that I wanted to see. Lately, that batting average whittled down to about a couple of shows a year. And when you’re faced with the idea of spending a late weeknight sweating out dollar cans of Schlitz, well, let’s just say an evening watching Aqua Teens doesn’t sound like a bad alternative.
Admittedly, all this posturing doesn’t discount the reality that a lot of good time was spent there. This was a great place for some formidable local talent to cut their teeth on, and there have been several shows fronted by local stalwarts that are permanently engrained in my memory. There’s something very reassuring that a band who feels the need to plug their shit first had to lug their equipment up treacherous back-of-house stairs and risk an audience of a few paying patrons. It builds character.
I’m not sure what’s next. From what I understand this closing is merely a “remodel,” but it sounds like the name is going to change and “remodel” means a fresh coat of paint in a bathroom that for twenty years looked fine painted in piss and Sharpie pens.
So long, little shithole. 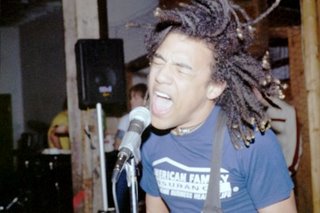 Top Ten Gabe’s Oasis Moments:
1.) The Jesus Lizard-One of the best shows I have ever seen in my life. There’s something strangely cool about passing a sweaty little man over your head.
2.) House of Large Sizes-Too many cool shows to mention. A perennial favorite.
3.) Sonic Youth-The “Sister” tour. Kim looked like she hated the place. Thurston played his guitar on the rafters. The Hollowmen opened, and gave one of their best shows ever for the occasion.
4.) Uncle Tupelo-Actually, they opened for H.O.L.S. (this was before “No Depression”) and they rocked. Fairly unknown at the time, it took only two songs before the audience completely adored them. Their performance made the ever-reliable H.O.L.S. perform even harder.
5.) The Flaming Lips-The 2.0 version, power trio lineup. A mindblowing performance that made me a lifelong fan. This would have been around the time that “Oh My Gawd” was released.
6.) Soul Asylum-Fuck the haters: at one time, Soul Asylum had some of the best live shows in the Midwest. Run Westy Run opened, making it a Twin City double bill for the ages. I think the capacity was well over the limit for this one.
7.) Superchunk-Neutral Milk Hotel opened. It was Laura Ballance’s 30th birthday and the band gave a spirited performance for the occasion.
8.) Junior Brown-For this night, Gabe’s Oasis was transformed into a shitty honky tonk. Great performance with a hugely diverse crowd.
9.) Luna-Flawless. Just some beautiful musicianship in front of a very adoring audience. I yelled out “Indian Summer” when they came out for an encore, and they played it.
10.) Barkmarket-There was only a handful of people in attendance, but Dave Sardy, Rock Savage, and John Nowlin provided us with an intimate sonic freak out and a few minutes of after-show face time.
Written by Todd Totale 2 comments: 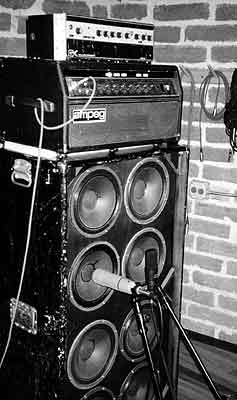 And in a recent revisiting of a couple of classic rock albums. I have determined:

Cream-"Goodbye" is a piece of fucking shit. I remember my Dad had this on 8-track when I was a kid. I picked it up on cd (cheap) several years ago with some of that "you loved it as a kid" nostalgia bullshit. It really reeks; these guys were supposed to be a supergroup, but half of the tracks on this last-gasp effort to make some jack before the band imploded are from poorly executed live performances. Ginger Baker plods along like anything but a proficient drummer. Jack Bruce needs to focus on playing a few notes instead of cramming a novel into his fretwork, and Eric Clapton sounds like he'd rather be playing for the Yardbirds. "Badge" is the only thing that saves this thing from being thrown against the wall.

Steve Miller Band-"Fly Like An Eagle" is actually a pretty good album. Again, another reminder from Dad's 8-track. I bought this at the same time as "Goodbye" (I guess a futile attempt to relive my childhood) and almost put this one back because I thought I couldn't stand Steve Miller and I was more than sick of the hits from this album: the title track, "Take The Money And Run," and "Rock 'N Me." Truth be told, Miller's work on his Fender is pretty impressive, and the hits sound a little more fresh in their original album sequence. This thing is apparently being re-issued on a 5.1 audio format, just the way "Steve Miller intended it" to sound. Whatever, Space Cowboy. This ain't 1976; quadrophonic audio didn't catch on.

Let me give you a glimpse of teenage life circa mid-80’s in small-town Iowa. During my senior year of high school, I stopped doing stupid things like going out for football, and pretty much any extra-curricular sport, choosing instead to do things like speech and drama. I enjoyed it more than having your Friday nights tied up with out-of-town games, hitting the “sleds” and running “hills” during practice, talking about how Judas Priest was the greatest band ever, and showering with a bunch of sausages. The fact was, speech and drama had a high proportion of chicks and gay boys, which meant that there was a much better chance of getting laid if you happened to be a heterosexual male. It’s mathematics, Holmes. Speech and drama also opened up a huge window of new music too; Judas Priest turned into Joy Division and black eyeliner replaced black AC/DC t-shirts.
But you can’t really take the metal away from horny teenage boys, even if you’re replacing football practice with rehearsals of “You’re A Good Man, Charlie Brown.” There were three other likeminded dudes that I hung out with on a regular basis and, there seemed to be a pattern that we developed after school: driving around, smoking weed, stealing candy from the Southside 7-Eleven, and then driving around some more. Here’s how clever we were: we’d mix Slurpee goodness into the Big Gulp cups and pay for the price of a soda. Four of us would enter the store, creating diversionary tactics, until the clerk would give up trying to watch member of the quartet. Then, another customer would walk in to pay for gas and a few of the lads would stuff their Levi jean jackets with Charleston Chews and other loose-item confections. It was brilliant. And we never got caught, just like Jane’s Addiction said…
We’d alternate cars, but there seemed to be one guy who insisted on driving more than the rest of us. He had a diesel Volkswagen Rabbit that was on its second or third engine and on its second or third cassette deck. The problem was, this guy had a very limited music selection, and it seemed that we were always listening to the same things over and over when cruising with him. Fucking Bruce Cockburn was a reoccurring tape, as was Pink Floyd “The Wall” and a, you guessed it, a Judas Priest album. That album was “Sad Wings Of Destiny.” I can tell you why he had this particular album: unlike Priest albums that we all grew up with (“Unleashed In The East,” “British Steel”), “S.W.D.” was usually found in the bargain bins, and being broke most of the time (we bought Bud Light while he would “splurge” on fucking Old Style) this was the only real “heavy” album he could afford. But whatever, S.W.D. turned out to be a pretty good album.
What made it good was the fact that it really didn’t sound like the Priest albums we were accustomed to; while heavy in some places (“The Ripper,” “Deceiver”), it also featured some bloozy jams (“Victim Of Changes”) a mellow ballad (“Epitaph”) and an almost prog-rock exercise (“Dreamer Deceiver”). It’s a pretty versatile album, and it marks the first truly awesome Priest record put to tape.
Priest later teamed up with producer Tom Allom, who managed to capture the band’s badassed fury on tape. And while they’d later, single-handedly re-invent heavy metal under his direction, “Sad Wings Of Destiny” hinted at their ability and provided a glimpse at how fluent Judas Priest really was underneath the leather.
But enough of my wordings: every time I listen to “S.W.D.” I get a craving for Bernie Kozar, Charleston Chews, and a Mountain Dew Slurpee. That fact alone makes it essential.
Written by Todd Totale 1 comment: