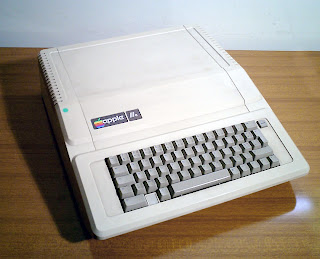 All of those commentators are right: the cd is dead and music files dwarf any form of music format. It’s been so long since I bought a cd that I was actually surprised when I drove home and saw a box full of cds sitting in front of my door.
I couldn’t wait to emerse myself in them.
Notsomuch for the music, but for the content. You see, one of the was one of the new Hendrix reissues (I know, I know) that boasts better fidelity and a dvd. To that point, the dvd is a joke-it only runs about 15 minutes-but you do get to see a salivating Eddie Kramer break down key tracks and I dig shit like that.
I love watching people like him, George Martin, Roy Thomas Baker, whoever, sitting in front of a big console and isolating tracks.
Who wouldn’t give a toe to be that guy?
For the brief running time, I suppose it is pretty interesting-and considering what I paid for the disc, I’d even suggest that it was worth the price of admission.
Especially considering it would have been the same price to download the file from iTunes or Amazon.
The beauty of those services is how immediate it is and how it’s now becoming the only option available for some of those out-of-print titles. I recently did a review of The Dream Syndicate’s Medicine Show for Glorious Noise after remembering how great that album was. I could have shelled over $50 for an original copy of the out-of-print cd of that title, half of that for the vinyl version, or gone cheaper for a cassette copy that would surely rub the oxide off the moment I began to play it on my never-used NAD cassette deck.
Or I could have-and I did-download the entire album and the companion live e.p. for under $10. In just a few moments on a Sunday night at 10:30, I was listening to a relic from my past.
But those discs grabbed my attention. Sure, I immediately uploaded them to my iPod (in fact, the last time I tried to use my NAD cd player, it skipped, jumped, and was more hassle than it was worth) but then I opened up the disc and read the liner notes just like old times.
When you make a price point that’s comparable to a download, there’s a chance that I’ll choose the cd. Unless it’s a new artist, in which case, I’m gonna stay with the file until I’m sure that I want a permanent, hard copy. Full disclosure, I get a lot of stuff for free to review and have the luxury of deleting it after I’m done with it, but even then there’s another option. You’ll often be granted access to an audio stream, which I use a lot and then compose the review on the fly. After two or three spins, I’ll determine if the release is hard drive worthy and then download the file. If it meets an even higher criteria, there’s a chance that I may buy the actual disc of it.
Deerhunter, Animal Collective, and Love Is All seem to be sure things.
Classic albums and others from my past also take priority-but even then, it’s not a sure thing. If you’re still going to jack me for $15 a disc, I’m going to look for a free copy.
Haven’t you heard? We’re tired of getting ripped off and we know you’re making a nice profit on every cd!
At the same time, it’s hilarious that only NOW has Universal Music gotten the hint and they're offering most of their catalog for $10.
You’re a little late, hoss. That would have been huge news a decade ago when it counted.
The labels need to fess up and start following Apple’s lead. I know I recently poked fun at their hissy fit with Amazon, but let’s be honest-there’s really nobody that can touch them in terms of technology and developing products that appeal to our most human emotions.
Like music.
If they can bring the remaining two things that still have me buying cds-album art and lossless audio-then I’ll be stopping my cd purchases for good. It's practically there right now (this was the first cd purchase for me in 2010).
And because Jobs is a music fan like you and I, there’s a good chance that the last bastion of physical music appeal is coming soon. The iPad sounds and looks awesome. It's the kind of device that would enable you to listen to music and look at the album art at the same time. Or watch the video for the lead track. Or watch the producer isolate tracks on the "making of" documentary that came with your album purchase. Or maybe it would even let you isolate the tracks and do it yourself.
Hell, I should copyright that idea for an iPad application!
And now that Apple has bought EMI records (acquiring the Beatles’ catalog in the process), they be able to press forward with those ideas-starting with rock music’s most famous band.
Sure, other labels can stick to their guns and try to force up music prices again, but with Apple as a loss leader with a nice catalog of artists to promote, those labels are facing a losing battle and a diminishing market share.
There is very little to not convince me that Steve Jobs is working on a completely different level than most other CEOs and that his vision is at a point where I’d be a fool not to put Apple ahead of any other copy when it comes to computers, phones, or any other electronic device.
Plus, he's a music fan on top of it all.
I can't say the same thing about Bill Gates.
Written by Todd Totale

A couple of things: I think that Apple buys EMI story was an April Fools joke.

Also, re: "That would have been huge news a decade ago when it counted."

They kinda did it 6 1/2 years ago. Back in 2003, "slashing" prices turned out to be just another nail in the coffin of small retailers.

Next thing you're gonna tell me is that the Stones aren't touring either.
Well, at least I wasn't the only one that fell for that April Fools gag by Lefsetz. It wasn't such a bad idea, I thought, and it certainly wasn't all that funny, which is why I totally believed him. Plus, I didn't fact check-which may mean that he may be lying about 360 deals too.