Accept - Balls To The Wall 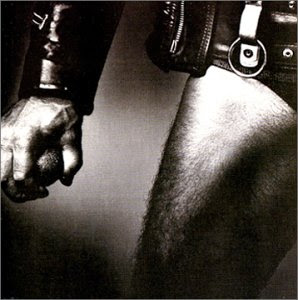 If you’ve ever seen the video for Accept’s “Balls To The Wall,” you know how ridiculous it is and how un-photogenic that lead singer Udo Dirkschneider is. There’s no way that these guys should have done a band video until after they had dominated the metal scene with their music.
Because their music is crushing, envelope pushing stuff with incredible riffs and a vocalist that not only features one of the best metal vocalists around, he was born with one of the best metal names ever.
Say it with me: Udo Dirkschneider.
Awesome.
Balls To The Wall is famous for a few things, the wonderful title track which ranks as one of the best heavy metal songs ever and for a few songs that may (or may not) be metal’s first overtly homosexual songs ever.
The lyricist for the band happened to be guitarist Wolf Hoffmann's wife, Gaby Hauke, and she consistently provided the band with weirdly themed material that seemed out of place for a metal band.
“London Leatherboys” sounds like it’s about the gay S&M subculture, but Hauke clarified that it was about a more metal topic of bikers. “Love Child,” she acknowledged, was about homosexuals, but that the theme was more about opression rather than sexual identity.
The cover art was singled out for its homoerotic image, and all of this seemed to be the focus of the band rather than how great the music was within. In addressing all of the accusations about homosexual things, Accept's guitarist Wolf Hoffmann seemed to grow frustrated with the topic, at one point declaring "You Americans are so uptight about this." while admonishing that it was a non issue in other parts of the world.
To that point, the title track of Balls To The Wall could be about dog raping robots and it would still rule. The rest of the album is just as heavy and just as catchy. It doesn't reinvent the wheel like the album before it (Restless and Wild) and it’s not as lofty as the album that followed it (Metal Heart), but it provided Middle America with an honest-to-goodness metal album that nearly destroyed anything else from that year and it continues to resonate as a timely metal document.
Just don’t let the video spoil that fact.