I hate to break it to the kids, but I don’t share your enthusiasm for Hall and Oates. I suppose that nostalgia should make me a prime candidate for “Maneater” or “I Can’t Go For That” and I’ll confess that I wouldn’t necessarily change the radio dial if either one of those songs came on.
But I’m not ready to embrace them. It’s still too soon.
You see, Hall & Oates were all over the radio when I was growing up. All. Over. And their stupid videos were all over MTV too. I’m not here to debate their talent or their creativity-that’s apparent from the fact that this duo displaced The Everly Brothers as the top selling duo act in pop history and they’re still there today. What I’m suggesting is that I still remember vividly my distaste for them. Radio was a constant. A top 40 hit meant that you heard the song ad infinite. It was hard to get away from any song that managed to weasel into the top 20 and when it entered the top 10, you could recite the lyrics in your sleep, regardless of your opinion of it.
Today, there are number 1 hits that I don’t even recognize.
Do I feel the need to keep my feet on the ground and my head in the stars?
Not at all.
For the youngsters that weren’t around during Hall & Oates reign, their songs come across as slick little nuggets of Philly soul. In a world of autotune, ProTools, and digitized backing bands, they see the two (and their shit-hot band) as the real deal. I’m not about to dispute that, but I do take exception with a young act with half the talent and even less of the pipes to whip out some H20 for the sake of suggesting the songs they did were good.
It may work for a song or two, but a whole set? 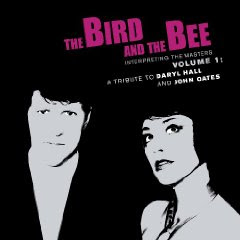 Darryl Hall and John Oates are still alive and, as far as I can tell, still on good terms. Why isn’t their management team putting the money from the newfound nostalgia supporters straight into their pockets? These guys should be all over hip shows that trend young, their catalog positioned in the re-mastered queue for ITunes, and their hits licensed to fill the back drop of commercials. It’s not that I want to see “Man-eater” used for Secret anti-perspirant; it just doesn’t make sense that some hipsters are providing young kids with half-a-loaf when Hall and Oates are clearly available for booking.
It’s time for you youngsters to get your own taste of Hall & Oates cue burn too.
Written by Todd Totale

I saw recently that their long time bass player passed away. His name was T-Bone something and he was in the Saturday Night Live band during the G.E. Smith years. I agree with you on the Maneater stuff, but I admit I own Private Eyes on vinyl and have a cassette of Voices somewhere that I do kind of enjoy.

I'm assuming we are the same age Todd, but unlike you I always dug Hall & Oates; still do. (Never got into "Maneater", tho. However, "Kiss On My List" and "Private Eyes" are among my fave '80s tracks, hands down.) I dig where you're coming from, but it bothers me that many of our H&O-loving contemporaries now deny their former love for the duo. So, I commend today's hipsters, with their normally questionable taste, for finally getting one right. In my book, at least.

Not that I'm making a direct comparison, but we just lost Alex Chilton, who has since gotten so many well-deserved accolades he should've gotten while alive. So, let the kids pay tribute to H&O while they're still around to appreciate 'em.

Btw, the web-based TV show "Live from Daryl's House" is nothing short of awesome, with legends like Smokey Robinson and Todd Rundgren, as well as newbies like Chromeo performing alongside Hall and his band.
http://www.livefromdarylshouse.com/splash.html