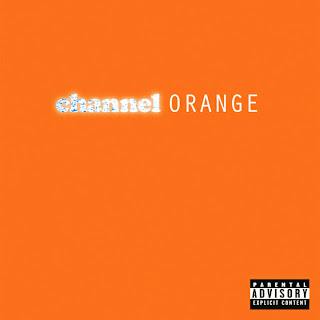 Channel Orange has proven to be my constant companion during the last month of this brutal summer, and with it came a cooling pattern, some rain, and almost a gentle ease into fall.

While becoming immediately attracted to an album and obsessing over it immediately is nothing new; remember, it was Japandroids’ Celebration Rock that actually did the same thing during the early part of the summer. What’s different here is, while Celebration Rock made me nostalgic for a younger time, Channel Orange takes me to it almost immediately.

I’ve tried to understand it, and the best I can come up with is how it reminds me of Prince’s 1999, and how that record became a staple of the Summer of 1983. I wasn’t looking for an R&B artist to become enamored with, but WB records masterfully put “Little Red Corvette” as the second single. If you’ll recall, the title track stiffed during the winter of ’82, but it was re-released the summer of ’83 after “Little Red Corvette” and only then took off after 1999 had already gone gold, making what was a very weird new wave/pop/funk/rock album accessible to Wonder Bread folks like me.

Channel Orange doesn’t have the benefit of a strategic marketing campaign (unless you count Ocean’s own public admissions concerning his sexuality as a “campaign”) and the record is probably less accessible than 1999. But it’s a record that probably wouldn’t be here without Prince’s lead, and let’s not forget the Stevie Wonder chord progressions that pop up throughout Channel Orange’s window to the past.

These are major influences to strive for, and there have been several artists that manage to produce a single or two that manage to get to the same level of their inspiration, but very few that can submit a full length which actually does it. Channel Orange can claim this, and it does so in a way that is strikingly original, curiously strange, and melodic enough to keep listeners coming back to figure out what it is that they’re so drawn to.

What I’m drawn to is how spacious Channel Orange feels. There’s so little going on during some moments that it fools you into taking it for granted. It’s not until repeated listens before the hooks begin to unravel, and when they do, you’ll be embarrassed at how you didn’t discover them on the first listen.

Channel Orange is filled with the wide-eyed optimism of a kid from New Orleans landing into the very different culture of Orange County, California, going from one extreme (poverty, violence, Katrina) to another (materialism, priviledge, and natural beauty.

“Why she the world, when you’ve got the beach?” Ocean asks in amazement, sensing the people he’s surrounded himself with have absolutely no idea how good they’ve got it. And more importantly, how little they really know about true love.

Ocean stays close to mid-tempo grooves throughout the record and uses his incredible falsetto sparingly. Again, I’m reminded of how Prince used his falsetto almost exclusively over his first few albums, to the point where I was wishing more songs featured his natural tone.

It’s just the opposite with Channel Orange; the falsetto is filled with critical emotional weight, so when it’s used like on the “Or do you not think so far ahead? Cuz I’ve been thinkin’ ‘bout forever” line during “Thinkin’ Bout You,” Ocean exposes an emotional truth that most men wouldn’t dare to let show. But here it is, on Ocean’s lead single off of his debut album.

The record’s centerpiece-the ten minute tour de force “Pyramids” shows the complexity of Ocean’s muse, as it takes listeners on a variety of different genres.

Channel Orange will undoubtedly prove to be one of those touchstone records that younger generations will be remembering for decades to come, in much the same way my generation still fawns over 1999 or Purple Rain.

And like those records, people will focus on the sexuality story just like they did with “Darling Nikki” or “Let’s Pretend We’re Married.” But beyond the superficial naughtiness-which really isn’t that naughty, just brutally honest-the real story of Channel Orange is how incredibly original and emotionally potent this record is, right out of the gate.

Even if it doesn’t remind you of those Prince records, you’d be hard pressed to find someone who’s idea of R&B music is this broad, this creative, and this challenging.