It puzzles me why, some thirty-two years after John Lennon’s death, we’re still struggling with the issue of gun violence and in taking a clear path towards becoming better at this thing called humanity.

Not that Lennon was a saint, but he clearly is an example of someone from a less-than-ideal upbringing can break the cycle of those limitations and become better than anything that was expected of him.

The point worth taking is that Lennon was able to achieve far more than his expectations, and even with those achievements he was able to see a more righteous path for everyone, if we all just imagined it for three minutes in our day.

That song is a sacred sacrament. It’s not something that I particularly want to hear every day, but it’s something that I want to live. I want to imagine that we can live in a world where violence is an option that’s just a little bit harder to choose. 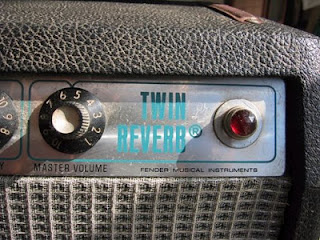 I want to make sure that those parents with children who have mental health issues are able to address them professionally, without having to worry about the costs involved. Because, to me, that’s a hell of a bargain compared to the lives of twenty children.

I want to make sure that those individuals who own guns are trained how to use them. I want them to make sure they’re secured when they’re not in use, so that individuals who shouldn’t be around them have no access to them. And I want them to have to work hard and be heavily regulated whenever they’re considering weapons that go beyond general protection of their family or possessions, or assist them with hunting for game or sport.

I feel that respecting my rights to feel safe in this country trumps the assertion of whatever interpretation that someone has of the second amendment. We were under the very real threat that another country could walk right into our neighborhood when those were written. Now, the threat could be living right next door, with enough high powered weapons to dismantle another country.

It’s 2012. When can we move away from this ridiculous wild west perception of our country and backwards mentality that people should be able to fend for themselves when dealing with a family member who has significant mental illness? If we can’t see the benefit of managing these two things that seem to intersect with every fucking mass shooting we have to endure, then how can we ever imagine "a world that lives as one?"

Much to Bill Maher’s chagrin, I’m going to pray for those forced to endure this needless tragedy, and I’ll probably hug my children a bit longer tonight too. Because both of these actions go beyond the politics of this tragedy and they’re in addition to the aforementioned frustrations of why my country can’t wrap its head around doing the right thing. If we’re ever going to move forward, we need to have a government that lays a clear path to having higher expectations of how its citizens are required to live.
Written by Todd Totale