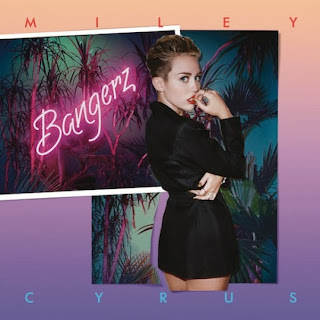 I’ve been asked by several people if I think Miley Cyrus is “for real,” implying that somehow all of the controversies surrounding this former Disney star are an indication that she is a product of hype rather than actual talent.


The discussion is usually initiated by people over the age of 35-and while the word “ageism” gets tossed around this blog a tad, it does seem that the concern is more a product of adults looking for some way to discount her success rather than the younger audience members.

More on that later.

What the adults fail to remember-and maybe this is a sign of getting older themselves-is that this is the very same questions presented to Madonna, Britney, and whatever female was pulling the media chains during their own formative years.

That is, unless you are a Baby Boomer, and then everything was fucking Joni Mitchell and Laura Nyro, waddinit? So, for your benefit, will just admit that everything before "Lucky Star" was more important that such trivial discussions about Miley Cyrus.

The question should be not if the young lady in the spotlight possesses talent (of course she does) but whether or not she possesses the same business acumen as those popular ladies before her.

Cyrus wants us to believe that Bangerz is her debut album, so right there we're supposed to consider her music prior to this release was fabricated by others and part of a bigger company effort, and, duh, we're talking about Disney.

I'm cool with this, just like I was cool when Janet Jackson said the same thing about Control, which isn't to suggest that Bangerz is as good as Miss Jackson's. Janet knew that she had to compete with brother Michael if she was going to make any realistic headway into the world of pop super-stardom.

Miley only has to compete with dad, Billy Ray, so our expectations are dramatically lower.

Bangerz sounds like the work of a naughty 19 year-old woman, and if the idea of 19 year-old woman openly talking about sex, drugs and dance music, then you'll be shocked to discover that Walt Disney was a chain smoker.

The themes are silly, the love metaphors are obvious, and the intentions are blatant. Miss Cyrus has grown up, at least to the extent of what "grown up" means to a 19 year-old woman. I keep belaboring this point because Miley's actions in promoting this record are the only things that people are focusing on.

All of this wouldn’t have created a modicum of controversy in the hands of Ke$sha or anyone else that wasn’t a pre-teen idol, but still, if the idea of Cyrus’ attempt at self-preservation is surprising, then those who count themselves as “shocked’ haven’t been paying attention to pop culture for decades and/or aren’t part of Cyrus’ business plan anyway.

My son is 10 years old, and when all of Cyrus’ shenanigans were white hot, I asked him what he thought about it. Unsolicited, he chastised her for being “weird” and attributed her behavior as drug related. I pressed and asked if this was the consensus was the product of his peers or an individual one. He assured me that it was his own, but what’s telling is that the disdain that he demonstrated for her behavior isn’t as great as the infectious hooks found throughout Bangerz. He knows the words to the hits from this records already, even if he has no clue what “dancin’ with Molly” even means.

Hell, even my 6 year old daughter came running into the kitchen when she heard me playing Bangerz  for the first time, and she gives two shits about Cyrus rubbing her ass against a giant teddy bear.

Unfortunately, she has some notion as to what twerking is and laughs at her mother when she watches her trying to recreate it in yoga pants and one of my old t-shirts.

In other words, she understands that Miley’s appeal is in her music and is oblivious to anything else.

So maybe we need to channel this 6 year-old’s notion of who Miley Cyrus is at this point in her career and cut her some slack in finding a new way to market herself, a tough racket in today’s media. Instead, let’s find the areas in which Cyrus really needs constructive criticism, specifically her lyrics, contrived vocalization and ridiculous album art.

With lines like “driving so fast ‘bout to piss on myself” and an inherent country drawl prominent on some tracks, there is clearly work to be done here. What’s even more troubling is that all of this is under the tutelage of professionals that should know better, but continue to enable her bad creative choices with, admittedly, some pretty tight backdrops.

Cyrus herself describes this as “dirty south hip-hop,” but the harsh reality is that it is also the product of an isolate young woman who’s picking sounds the same way she picks out clothes at Macy’s. There are patterns and color schemes that she will in no way be repeating by her mid-20’s, and to tolerate some of the train-wrecks within Bangerz requires the listener to be patient and let Cyrus figure that shit out on her own.

Because what she’s already figured out is how to listen to others when they present her with some ace material like “Wrecking Ball” and “#GETITRIGHT.” Tellingly, these two tracks are probably the best things found on Bangerz and the ones to not feature Miley sticking her foam fingers into the songwriting process.

At the end of the day, Bangerz is a post-modern version of Control, complete with the prerequisite television controversy, Twitter feed and YouTube naughtiness to keep the name alive.

Count Bangerz as a brilliant display of marketing prowess while the music itself as merely an expected statement of a young woman who will now have to navigate her talents through the more treacherous waters of a long standing career without the benefit of a pair of mouse ears.
Written by Todd Totale