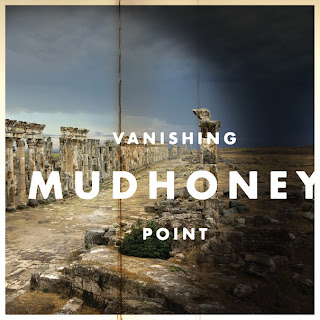 I subscribe to this Twitter feed called “Shit Mark Arm Says,” at least I think I did at one point; there were some great, random quotes from the Mudhoney vocalist, but then the activity kind of dried up and the next thing you know, there’s a new Mudhoney record out.

And how is that new Mudhoney record?

Well, that new Mudhoney record-number nine, if you’re curious-continues to represent all that is good with rock music, in much the same way that you’re reassured every time that Motorhead or Slayer releases a new album. You know exactly what to expect because there’s no need to fix a formula that’s perfect right out of the box.

Vanishing Point offers no new direction, there is no change in their production qualities and there’s nothing to suggest that this record ranks as one of the band’s finest moments.

Yet none of that really matters, as Vanishing Point could very well be the most required record of the year, on the blind faith that it’s going to kick the shit out of over half of the albums released in 2013.

Besides, Vanishing Point offers an extra quarter century to its cynicism and the band still ranks as one of the most dangerous bands in , even though they’re doing it in a part-time capacity these days.

Yes, the day jobs are required for the benefits, but the band exists for another benefit: a therapeutic reality check that reminds us how these gentlemen have always been there for us, rolling their eyes a muttering the truth under their breath.

The more things change, the more they stay the same. Because there are some of us who remember a time when Mudhoney ranked above Nirvana in terms of sheer ass-kicking ability, and Vanishing Point does the nearly impossible task of suggesting that they can still do it again, never mind the fact that their win comes with the understanding that they’re also pretty much the last band standing.

They’re doing it for about the same audience levels too, but Mudhoney is big enough to mock that fact with the lead-off track, “I Like It Small,” using the adjectives they’ve heard before (“intimate settings…limited appeal”) as the verses and those old Stooges records as their endearing guide.

So how is that new Mudhoney record?

Perhaps an actual quote from a Mark Arm tweet is appropriate:

"I turned another one gay."