Delaney and Bonnie and Friends - On Tour With Eric Clapton 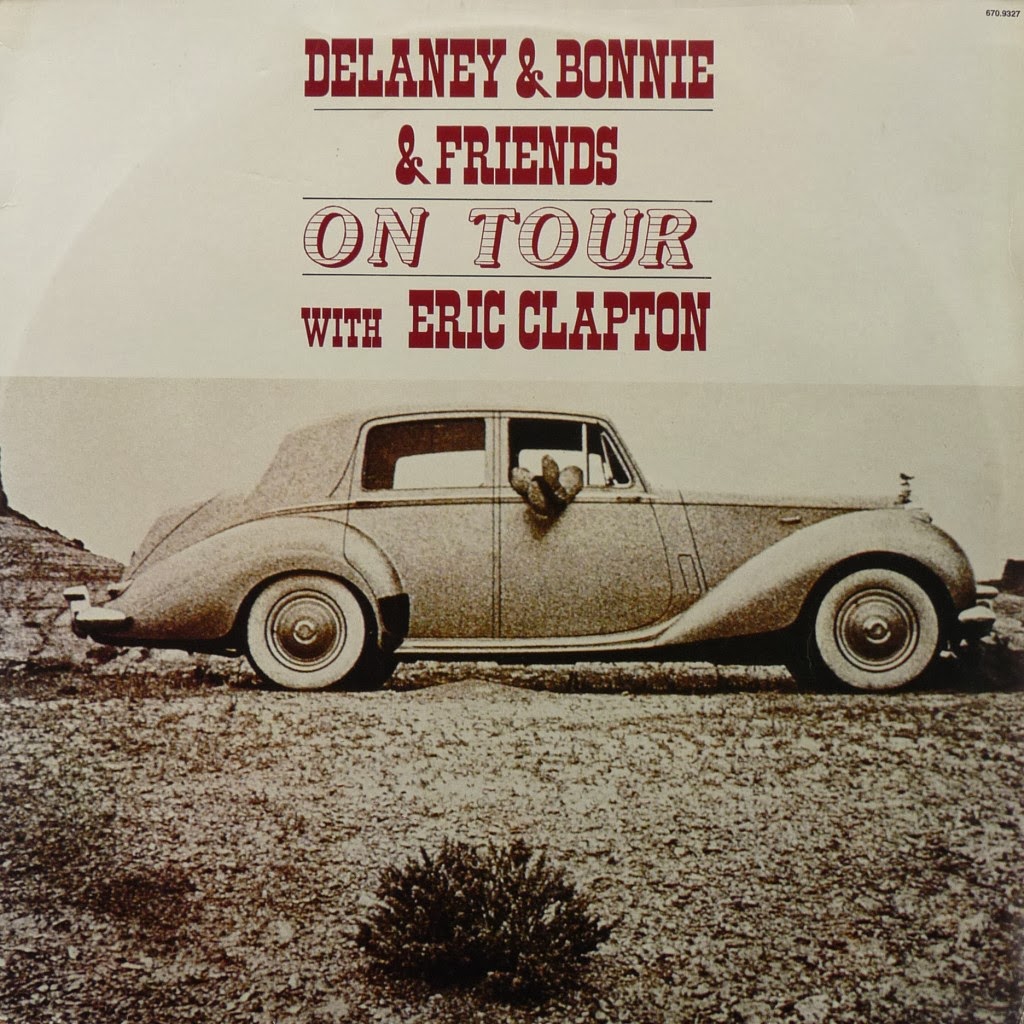 One of the saddest things about the recent passing of Delaney Bramlett last month was how overlooked it was. It’s not just that Delaney’s stock plummeted shortly after his early ’70s heyday with wife Bonnie Bramlett, it’s also because one of the duo’s most notable releases—one that features the greatest line-up of blue-eyed soul musicians ever assembled mixing it up with one of the best guitarists ever—has been quietly forgotten by all but the most devoted of fans.

The uninitiated only need to hear Delaney & Bonnie‘s On Tour with Eric Clapton to discover how unfortunate this slight is. The eight-song release captured the band at what may be the highpoint of its career, complete with a once-in-a-lifetime sit-in by none other than “God” himself laying out some wonderfully exciting fretwork.

At its core, On Tour is a document of the kind of music that Delaney & Bonnie had been perfecting for years: Memphis blue-eyed soul with a tinge of gospel harmonics. Where Delaney provided the grit of the blues, Bonnie provided the sweet harmonies and some believable gospel flourishes. Raised in East St. Louis, Bonnie held her own against many blues luminaries as Albert King and Little Milton before finding love—in a bowling alley of all places—with the guitarist from the house band on the Shindig television show.

The two created a pair of albums before being tapped as the opening band on Blind Faith‘s first and only US tour. While traveling the American highways, a young Eric Clapton began seeking solace in the duo’s tour bus, shying away from the adulation that surrounded him with both Blind Faith and Cream. While the supergroups that Clapton was participating with at the time presented a challenge of egos, Delaney & Bonnie provided him with time from the spotlight to reflect on what really mattered: the music.

Befriending Eric Clapton is a great story in itself, but the real story is how great Delaney & Bonnie’s band were even before Clapton sat in with them. The Croydon, England show recorded for this album features Dave Mason, Carl Radle, and Bobby Whitlock on keyboards. Rita Coolidge helps compliment Bonnie’s amazing vocal workouts while legendary brass mates Bobby Keys and Jim Price add some punch to the mix.

Essentially, this is the same band used for the Derek & the Dominoes sessions and it’s quite clear that Clapton uses similar vocal range for his own solo career as Delaney Bramlett. The band lets up once, allowing Bonnie to sing Bessie Griffin‘s “That’s What My Man Is For.” She seductively informs the lighting man to bathe her in red lights “…’cause this is a red light song” before laying down a solo workout that demonstrates why she was the only white woman that can claim to have been an Ikette during Ike and Tina‘s sixteen-year career. The time on the road must have indeed made “friends” out of Clapton and the rest of the performers.

Not only did he nick them for his own Layla and Other Assorted Love Songs, their services also were provided to George Harrison during the Concert For Bangladesh, and even Leon Russell partook in their generosity by enlisting them for Joe Cocker‘s Mad Dogs & Englishmen tour.

All of this work put Delaney & Bonnie on the back burner, and with it, any chance of capturing the momentum that should have come from working with such high-profile companions. Instead, the pair watched their good fortunes collapse and, eventually, their own marriage too.

On Tour is a stunningly abrupt live release that’s prime for rediscovery and a proper reissue. It remains the best example of Delaney & Bonnie’s authentic blend of Delta soul and the last example of how great Clapton could be when he worked as a sideman among musicians of equal caliber and inspiration. As Delaney himself sings on the track “Poor Elijah,” “Ain’t nobody here but good people.”

He’s being modest; On Tour is a document of some great people doing what they love.
Written by Todd Totale