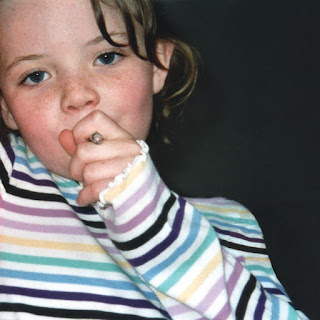 And yet another entry in the entire boy/girl duo, primitive by design, and this time featuring real live twins!

Bentcousin are 22-year-old twin siblings, Amelia and Pat Innit, who bring bright and jangly pop songs with their debut Everybody’s Got One.

The primitive nature is not so much intentional as it is because neither brother nor sister seems to have much musical ability to begin with. Unfortunately, their complacency about the arrangements also suggests that they don’t seem to give a shit about it.

Everybody’s Got One mostly finds the pair striking out on a few guitar chords through a practice amp, propelled by a tentatively played trap kit. The performance is indicative of exactly what you’d expect this line up to sound like within its first year of existence: basic, shaky, and forgettable.

So what gives these noobs a free pass at the whole paying your dues route to the point where we’re already talking the release of their debut extended play?

Bentcousin are a novelty act, utilizing Amelia’s cutesy sing-song musings on relationships while brother Pat seems to take his role more seriously, earnestly belting out his contributions while offering even less personality than his sister in the process.

So the half-dozen songs on Everybody’s Got One amount to journal scribes of someone in their early twenties with very little to say. Some may find this hokey, open page prose enduring, but it also speaks to the fact that Bentcousin really didn’t have much substance behind their fast-track career path, begging the question, “Are we really hearing the best that Bentcousin can come up with or are we hearing the best of their abilities?”

The highpoint comes at the end (ha!) with Amelia’s “I ThinkI Like Your Girlfriend More Than You,” a friendly observational piece that’s sure to get a few people to chuckle and think “How clever!”

It’s not, and it’s because all of the honesty of the song title is sucked out when Amelia she offers up her proof: “You didn’t make it to her fondue” and “You went out drinkin’ when she had the flu.”  It’s then you realize that they’ve created an entire song inspired by one provocative line, but beyond the blunt declaration, there is nothing.

I suppose I could place all of Everybody’s Got One on their inexperience and suggest that bentcousin will get better as they develop and get more experience. But judging by the half-dozen songs they have offered up on their first musical endeavors, I’d say that the one thing Bentcousin doesn’t have is the kind of talent to warrant the endeavor to begin with.
Written by Todd Totale