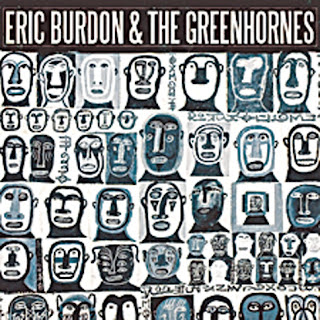 “My name is Winston Churchill” states the grizzled voice at the beginning of The Greenhornes’ new e.p. “And I’m having a fucking nervous breakdown.”

That old voice belongs to none other than Eric Burdon, and that’s about the only indication of the man’s age that you’ll hear during the quarter-hour offering. During this 4 song sampling, Burdon turns back the clock on his 71 years on Earth, reminding both the unfamiliar and the lost fans that he’s still got some chops to be reckoned with.

Beginning with the incredible stomp of “Black Dog” (no, not the Zeppelin track), Burdon sounds like he’s shaking the cobwebs loose while the band lays down some pretty dirty riffing.

While the one-take Jake approach starts off strong, you begin to wish a bit more time was spent creating music that attempts to add to Burdon’s legacy instead of simply referring to it.

The same care was needed as Greenhorne members Jack Lawrence and Patrick Keeler displayed with Loretta Lynn during her Van Lear Rose record. Instead, they allow Burdon to end this otherwise fine offering with “Cab Driver.”

It finds the Greenhornes enabling Burdon down this misguided attempt at humor which sounds lazy at its best and racist at its worst.

That aforementioned Churchill line is a reference to Winston’s battles with the “black dog” of depression. Instead, Burdon should have focused on making more character studies like what’s taking place at the beginning of Eric Burdon and the Greenhornes instead of depressing the entire proceedings with such embarrassments like this e.p.’s final moment.