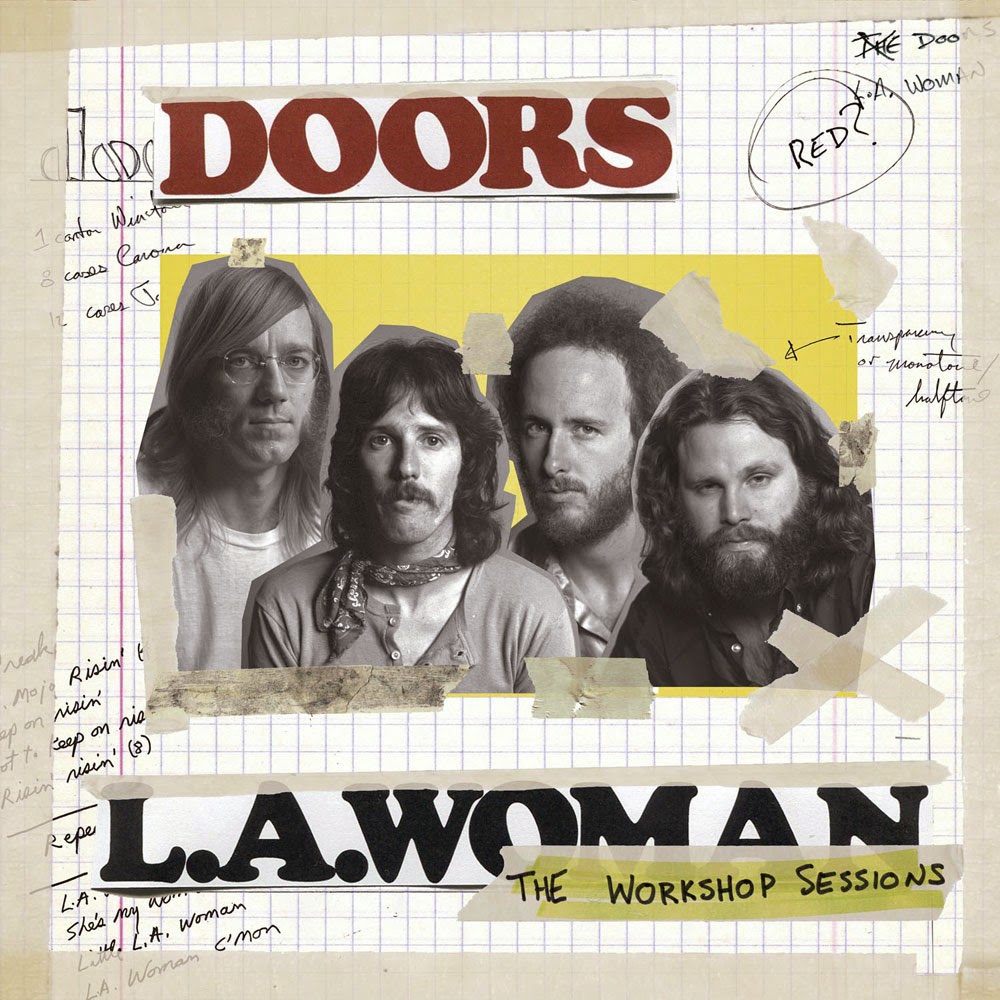 If the chief complaint against L.A. Woman was its lazy interpretation, then the rehearsals leading up to that recording session can only be described as a feast of stoned immaculate friends.

The Workshop Sessions find The Doors in a particularly amiable mood, in a recording that was never intended on seeing the light of day. I suppose, in that respect, we can't complain too much about how sloppy John Densmore's drumming is, or how Robby Krieger plays with such half-assed concentration that he completely stops playing in some areas. Even Jimbo remained seating during some of these takes, which may or may not be indicative of whatever role he might have been pondering at this point in the Doors career.

To be honest, The Workshop Sessions sound more like an opportunity for session bassist Jerry Scheff to learn the material-and most of the evidence presented here demonstrates that the tunes don't present him with any trouble whatsoever.

Even Ray Manzarek is in fine form, dutifully making sure the songs remain on a start/stop schedule and staying close to the patterns that everyone is by now familiar with from the final product of L.A. Woman.

The Workshop Sessions may signal that there is very little left in the band's archives to milk their posthumous output, but its quality is enough to capture the curiosity of their loyal fans-and for them, this release will be warmly received.

Firstly, the sound quality is tremendous. Those flubs and studio banter are crisp and full of fidelity. You're a fly on the wall to their inner sanctum-and there were enough of those moments for me to appreciate this release.

The only other item that will sway Doors fans is the unreleased track "She Smells So Nice/Rock Me" which is not so much a lost song as a pretty simple blues jam who's only claim to fame is the ad-libbing that Morrison does at the end, marking the first appearance of the "Mr. Mojo Risin'" line into the rock and roll lexicon.

It's more of a spontaneous utterance rather than a "Eureka!" epiphany, and the fact that it comes well after the jam has run its course signals that "She Smells So Nice/Rock Me" was included with this release solely on the novelty of capturing one of the most well-known lines in rock history rather than providing us with a lost gem.

The Workshop Sessions qualifies as being both the cash-grab that cynics will label it as while being an indispensable recording for serious Doors fans who would have purchased any bit of material laid in front of them. With the packaging and source material as good as it is on this release, The Workshop Sessions makes it a worthy issue but hardly one that will appeal to anyone beyond the already devoted.
Written by Todd Totale