Will Courtney - A Century Behind 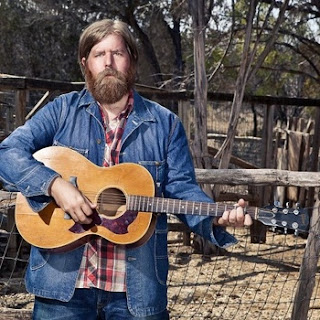 Back in the 70’s, there was this franchise restaurant called The Ground Round. They’ve probably rubbed the idea out entirely and are now some kind of generic sports bar, but back in the day, The Ground Round was known as kind of a novel place to bring the wife and kids.

First, they were family friendly. They’d serve you popcorn and peanuts in the shell and they had some kind of old-timey vibe, reminiscent of an era of big-wheel bicycles and handlebar mustaches. Essentially, the joint was a place where Dad could enjoy a beer with his burger and his kids wouldn’t get yelled at for littering up the patch of land under the kid’s chairs with peanut shells.

They would also have entertainment on occasion and-at the risk of this review of Will Courtney’s debut solo effort A Century Behind turning into a research paper on the Ground Round business model from 40 years ago-on one particular night my family stopped in to a location. As we were led into the main dining area, we noticed that the diners were being serenaded by a man with an impressive mustache and an acoustic guitar, tucked on a small stage against the south wall of the restaurant.

If I correctly recall, the man played a Jim Croce song, but beyond that it was the experience rather than the music that I remember the most.

Will Courtney also has impressive facial hair, and this seven-song e.p. is fairly reminiscent  of the kind of demonstration tape that the talent agent of the Missouri-area Ground Round restaurants would receive when booking acts for their region.

Mr. Courtney has much more talent than a Ground Round audition and we’re not talking about Jim Croce covers on A Century Behind, but the work of a man who has forwarded his mail to a bunch of different zip codes before landing just long enough to hit the record button for this set.

How he got here was through the attention of his last project-Brothers and Sisters-a literal family affair that caused a few heads to take notice. But with that project on hiatus, Will Courtney is attempting to parlay those prior kudos into a solo act, tacking a few bits of organic instrumentation into his campfire delivery and sepia tone tendencies.

The spare strategy works in his favor, with additional texture provided from a fine pedal steel and a spare upright piano.

But aside from these fine bits of primitive arrangements, there is little evidence that any of the surroundings that Courtney has called home these last few years have actually taken root within his music.

What’s left is a half-dozen forgettable fragments of found parts, or to put A Century Behind another way, it’s a collection of a carpetbagger who hasn’t figured out that it ain’t the ground you’re standing on that should be firing up the creative synopses, but the ground you’ve covered.
Written by Todd Totale